Target Motion Analysis — Bearing only analysis from passive sensors (Sonar and ESM) — enables the watchkeeping team to derive the Bearing, Range, Course and Speed of a contact based upon bearing movement analysis and estimated ranges established from sonar or ESM, and to incorporate visual range estimates from periscope sightings.

Having originally been developed for Submarine Operations, this module continues to gain prominence as a bearing only analysis tool for all vessels that employ passive acoustic sensors such as a towed array. 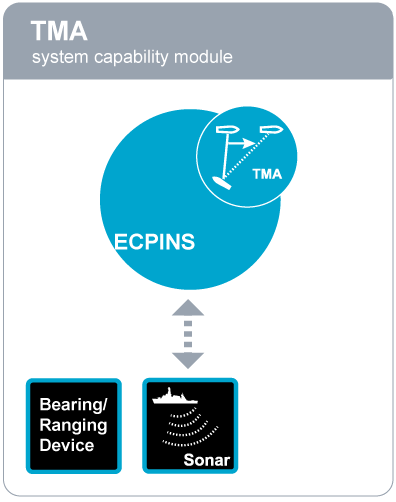